BREAKING: Vince McMahon Announces Return Of The XFL In 2020 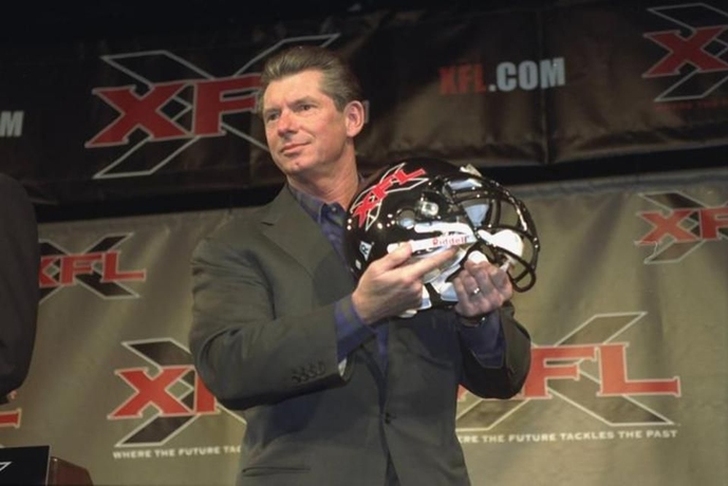 The XFL, a controversial football league that was created to challenge the NFL and was originally founded by Vince McMahon in 1999, is being revived and will return in 2020, McMahon announced in a press conference today.

The league will start with eight teams with 40-man rosters that will compete in a 10-game regular season schedule and a four-team playoff.

There were rumors of the XFL's return late in 2017 when McMahon established a new sports entertainment entity (Alpha Entertainment) that is separate from the WWE for this reason.

"Vince McMahon has established and is personally funding a separate entity from WWE, Alpha Entertainment, to explore investment opportunities across the sports and entertainment landscapes, including professional football. Mr. McMahon has nothing further to announce at this time," WWE said in a Dec. 16 statement.

McMahon has since sold roughly $100 million worth of stock in WWE and acquired five former XFL trademarks.

"I wanted to do this since the day we stopped the other one," McMahon told ESPN in an exclusive interview. "A chance to do it with no partners, strictly funded by me, which would allow me to look in the mirror and say, 'You were the one who screwed this up,' or 'You made this thing a success.'"

The XFL - which stands for Xtreme Football League - originally began as a joint venture between the WWE and NBC in 2001, but it lasted just one season due to poor ratings caused by a variety of reasons, namely a poor on-field product.

The original version of the league was thrown together and didn't give teams anything close to a full offseason of practices before games, which they are changing this time around. Injuries were also a problem in the league that promoted in-your-face violence, brutality, and other WWE-like entertainment principles.

This time around, the league is expected to look much different. Games will be faster with an ideal run time of two hours and is expecting to be gimmick-free.

"We will present a shorter, faster-paced, family friendly and easier to understand game," McMahon said in a news conference. "Don't get me wrong, it's still football, but it's professional football re-imagined."

"We are evaluating a player based on many things, including the quality of human being they are," McMahon said. "If you have any sort of criminal record or commit a crime you aren't playing in this league."