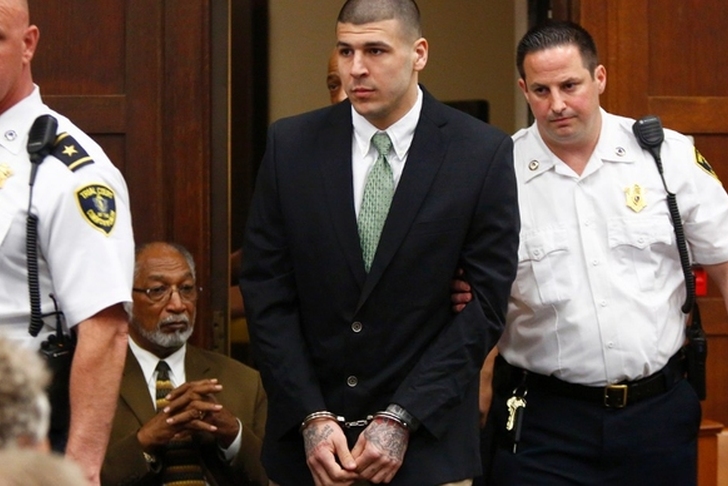 Deceased former Florida Gators and New England Patriots TE Aaron Hernandez is no longer a convicted murderer. A judge has thrown out the murder conviction because Hernandez killed himself in the midst of an appeal. Massachusetts state law typically allows for the overturning of convictions if the convicted person dies before completing the appeals process.

Superior Court Judge Susan Garsh, who oversaw the Odin Lloyd murder trial, said that because "There being no reason to recognize any exception in this case in the interest of justice the court has no choice" but to vacate Hernandez's conviction.

Hernandez was serving a life sentence after being convicted of first-degree murder in the 2013 killing of Odin Lloyd, who was dating the sister of Hernandez's fiance. Before committing suicide, he was acquitted in a separate double murder case.

The prosecution had argued that Hernandez's conviction getting overturned would reward his decision to take his own life. The prosecution can appeal the decision, but they haven't announced if they will.

With the conviction getting tossed out, the New England Patriots might owe Hernandez' estate a significant sum of money. The NFLPA had filed a grievance for up to $6 million on behalf of Hernandez, which was put on hold until the completion of his criminal cases. However, any money gained from the Patriots is subject to civil cases from the Lloyd family (and the double murder victims).