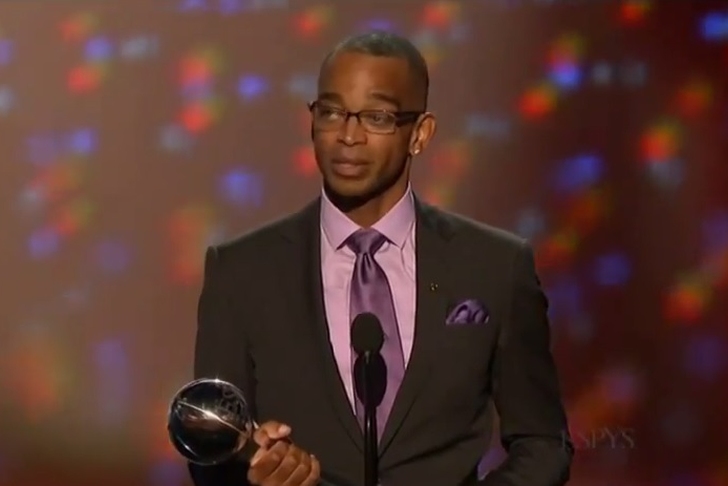 There are plenty of very legitimate reasons not to like the ESPYs, but there's one thing they do well: provide a platform for smart people to say meaningful things. The smart people were in short supply last night, but two of them - Stuart Scott and Michael Sam - made the most of the opportunity.

ESPN has one of the largest platforms in the world when it comes to reaching people, and they deserve props for these speeches and the promotional work they do for the V foundation for cancer research.We'd love to live in a world where the ESPYs were three hours of this instead of 2.75 hours of Drake...but it's better than nothing.