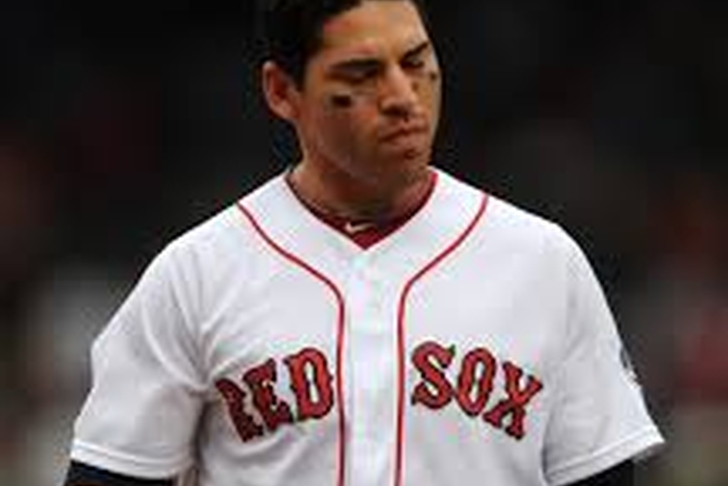 Tuesday saw Jacoby Ellsbury jump ship from Boston and head to their hated rival New York Yankees after signing a 7-year $153 million contract. What once almost seemed taboo for a player to go from the Red Sox to the Yankees or Yankees to Red Sox has taken a whole new look over the past decade. The game is a business, even more so now, than ever.

All together there have been 322 players who have played for both organizations at one point in their careers. Obviously there are the players that were more deeply entrenched into the teams than others. Guys like Alfred Aceves or Willie Banks aren't nearly as crucial as the ones that are going to be in this list.

With Ellsbury going to New York it makes you wonder if he will crack this list, let me tell you right now, no, but he gave me something to write about.

Remember these are the players going from Boston to New York.

5) Kevin Youkilis: "Youk" played for Boston a total of nine seasons from 2004-2012. Youiklis embodied the grit and hard work that the Red Sox fans adore. He came up with the Red Sox organization and became a fan favorite with his timely hitting and funky batting stance. Youklis didn't go directly to the Yankees from Boston as he played with the Chicago White Sox for part of the 2012 season. This still didn't help his case with the Red Sox fans when he signed with the New York Yankees for to 2013 MLB season.

4) Derek Lowe: Lowe played for the Red Sox from 1997-2004 and was a starter, a closer and had some very dominant years in front of the Boston faithful. Like Youkilis, Lowe didn't go directly over to the Yankees and bounced around a couple other teams before landing there in 2012. But there is one thing that remains true, Boston fans don't/won't forget.

3) Wade Boggs: Boggs was a Red Sox player from 1982-1992 and did what was almost unheard of at the time and went straight from the Bo-Sox to the Yankees. Boggs was the heart and soul of the Red Sox team during his time there. He won a World Series championship in 1996 with the Yankees. The bitterness is still there for the Red Sox fans as Boggs has wanted his number '26' to be retired there at Fenway but the Red Sox organization won't budge. Boggs has been asking for eight years now and it sounds like he will have to keep on asking.

2) Roger Clemens: "The Rocket" came into the league as a Boston Red Sox and the pride and joy of the organization. A fire-baller that quickly became a fan favorite in a raucous Fenway Park. He won three Cy Young Awards and one MVP during his stint in Boston. Every game that Clemens went out and pitched the Boston fans and team didn't think they would ever lose. Clemens played two seasons in Toronto, winning the Cy Young award both those seasons, before joining the Yankees for five years where he won yet another Cy Young award.

1) Babe Ruth: I'm not sure if I even need to go into the details of this one and for the sake of Boston Red Sox fans I will not. Lets just chalk this up to a colossal mistake.