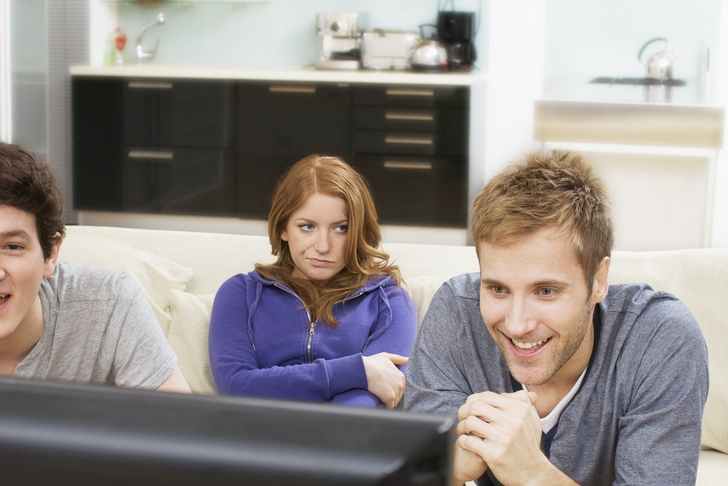 For all you women who love sports for the scoring and cheering and stuff like all of us red-blooded sports fans, Men's Health magazine wants to tell you that you are lying to yourself.

The folks over at Men's Health decided to find a Ph.D who specializes in drawing generalities about women and their sports-viewing habits:

"Most women don't care about stats," says Andrei Markovits, Ph.D., coauthor of Sportista: Female Fandom in the United States. So while you're enthusing about Dominic Moore's scoring record, she'd rather hear about how he supported his wife's battle with cancer—and even took a season off from the NHL at the height of his career. Treat your heroes as people and not just players on a field, and you'll suck her in.

While the sentiment of treating one's heroes as people is all well and good, the magazine also has an answer for why every woman alive today doesn't enjoy a good sporting event or two - "they need story lines."

So, to recap...Men's Health wants to let you know that women aren't impressed with boring numbers and stuff. They want stories.

Thank you guys for clearing all of that up. We have some female readers who would like to have a word with you when you get the shot.

Thanks to Kevin Draper of Deadspin for the find.