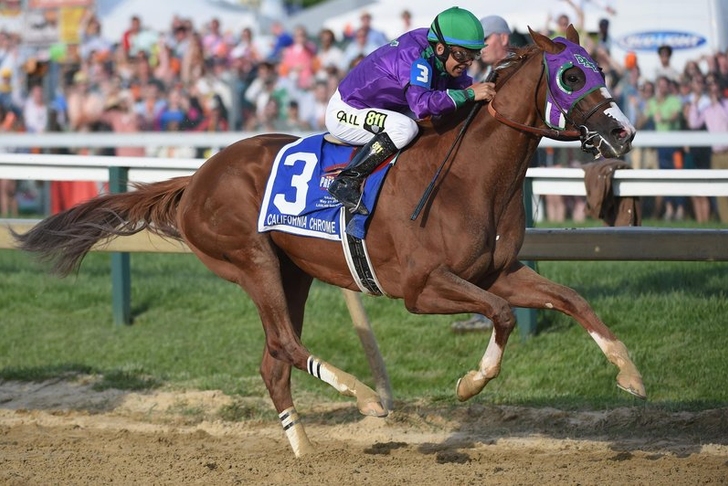 It was an interesting day to say the least at the 2014 Belmont Stakes, as California Chrome became the 13th horse in 36 years to fail to win the Belmont after winning the first two legs of the Triple Crown - losing out to Tonalist.

Rather than congratulating Tonalist's owners for a great ride, owner Steve Coburn took the opportunity during an after-race interview with NBC to rip the other owners in the Belmont for taking "the coward's way out":

California Chrome finished 5th to a field that included horses that didn't run in either the Kentucky Derby or the Preakness Stakes, as their owners preferred to keep their horses fresh for the Belmont.

Tonalist was one of those horses.

The controversy will continue, but Affirmed (1978) remains the last horse to complete the vaunted Triple Crown.