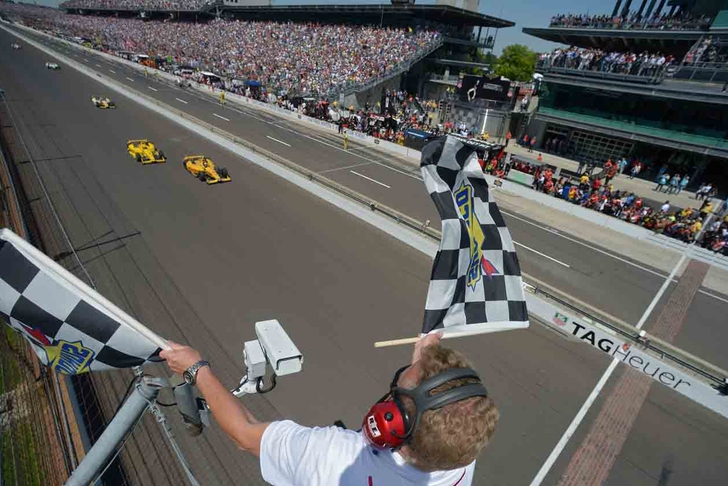 The 99th running of the Indianapolis 500 belongs to Juan Pablo Montoya, who pulled ahead and away from the field in the final four laps to bring home is second career victory at Indy.

His last win came in 2000. The 15-year-gap between Indy wins is the longest in race history. He had to survive an eye-popping 37 lead changes -- his being the last, of course -- to do so.

A race dotted caution flags and early exits from the proceedings took a scary turn just over halfway through, after two pit crew members were struck under caution:

2 pit crew members for @TristanVautier hit by car on pit lane . One mechanic taken from track in ambulance. Luckily happened under caution.

One mechanic was taken to the hospital for further evaluation while the other remained at the track in Indy, according to multiple reports from Indianapolis Motor Speedway.

That wasn't the only scary moment, as former Indy 500 winner Tony Kanaan saw his day come to a grinding halt with a crash on a turn in lap 152 of 200. Kanaan walked away okay, but his chances of adding another Indy win to his resume went up in smoke.

Just 20 laps later, a violent three-car wreck involving Stefano Coletti, Sebastián Saavedra and Jack Hawksworth put the race under caution again and ended all three of the racers' days at the speedway.

However, the day belongs to legendary driver Juan Pablo Montoya and Team Penske after a wild finish which saw Montoya edge clear of Will Power (2nd) and Charlie Kimball (3rd) with a couple laps remaining. That small advantage was enough to bring a 2nd title home for Montoya -- impressive considering this is just his second Indy 500 after a 14-year absence.

Scott Dixon and Graham Rahal rounded out the top five. Dixon led the most laps in the race, but Montoya's scant nine laps led were the most important of all on this day.

Stay tuned to Chat Sports for additional coverage of the race all day long!