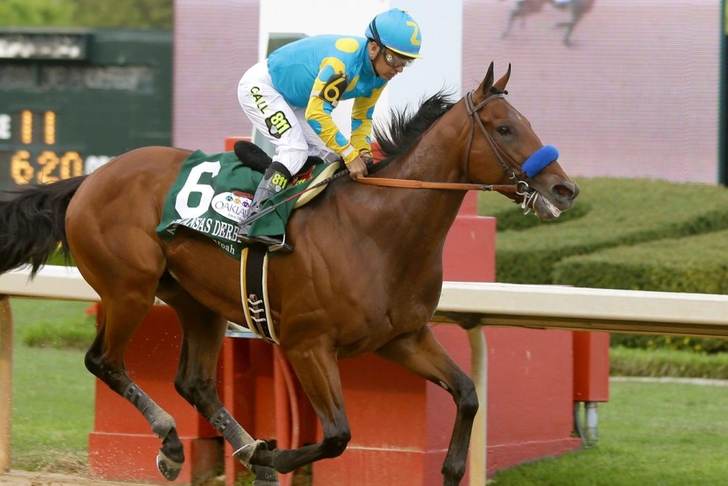 The wait is finally over.

American Pharoah continued his unparalleled run of dominance in the Belmont Stakes on Saturday, staking claim on immortality as the 12th Triple Crown winner in the history of the sport of horse racing.

Pharoah is the first Triple Crown horse since Affirmed pulled off the feat in 1978, some 37 years ago.

Thirteen horses have fallen short in the third leg of the Triple Crown since Affirmed's win. The 37-year gap between Triple Crown victors is a record. The previous mark was 25 years, between Citation in 1948 to Secretariat in 1973.

The second wire-to-winner at the Belmont in the past 30 years, Pharoah pulled away from second-place finished Frosted down the stretch to an absolutely deafening roar from the thousands in attendance.

Riding a 3-to-5 favorite into the Belmont, history was against jockey Victor Espinoza, trainer Bob Baffert and the entirety of the staff around American Pharoah. However, the fourth time is the charm for Baffert as he finally gets over the hump after three near-Triple Crown triumphs which ended in disappointment at the Belmont.

He's now the second-oldest Triple Crown-winning trainer in history, leading Zayat Racing to a historic moment that will be etched in time for decades. The afternoon and the entire horse-racing community is now American Pharoah's to be had, as horse racing gets a much-needed jolt with the winning of the sport's most elusive prize.

For more on this timeless moment at the Belmont, stay tuned to Chat Sports for the latest news and reaction.