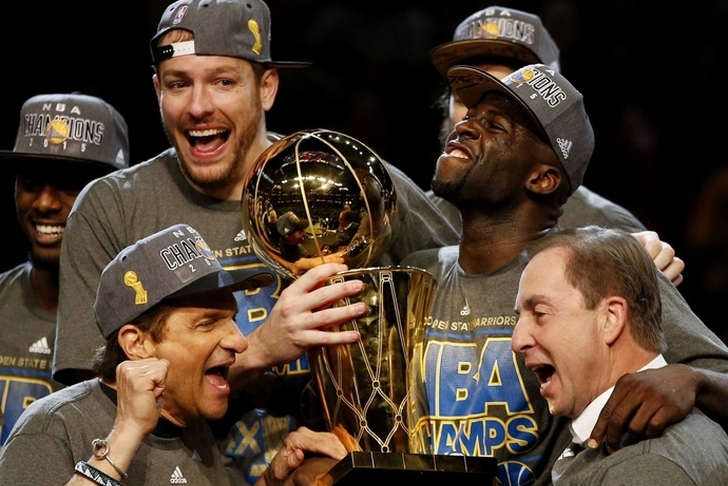 The modern sports news cycle is so obsessed with the chaos provided by the comings and goings of players and coaches on a seemingly weekly basis, that we sometimes tend to overlook the franchises who consistently do things right with a minimum of fuss. These next nine ownership groups are the standard bearers for stability, consistency, and innovation in the sporting world. Here's our list of the 9 Best Owners In Professional Sports Right Now. In spite of some controversy, the Cardinals remain the standard-bearer for how a baseball team should be run in this era. St. Louis has posted just one losing season over the 16 seasons under DeWitt, making the playoffs twelve times and winning championships in two out of three World Series appearances. In an era where baseball attendance can be spotty at best in a solid portion of markets, the Cardinals have topped 3 million in attendance in every season but one (2003) since 1998. Credit to DeWitt for both fielding a consistent winner and keeping the Cardinals brand relevant over the past two decades.

Oh what a difference 11 years makes. Prior to the franchise's run to the 2004 World Series, the Boston Red Sox brand was synonymous with losing in the most excruciating ways imaginable (see: Bill Buckner). Fast forward to now and Boston has won three World Series championships after an 86-year drought, become a undeniable marquee landing spot for any and every free agent out there, and rebuilt its brand to reach out to a broader fan base across the country.

Before Kraft took over in Foxboro, the Patriots made five playoff appearances with one Super Bowl berth over a 23-season span dating back to the AFL/NFL merger in 1970. In the 21-plus seasons since, the Kraft-led Pats have made 16 playoff appearances, won four Super Bowls in seven attempts and have fostered the greatest coach/quarterback combination of our generation in Bill Belichick and Tom Brady. What's even more impressive is that Belichick's stock wasn't all that high when Kraft took a chance on him in 2000, and Brady was an unheralded sixth-round pick who looked destined to many to hold a clipboard behind Drew Bledsoe. The man behind the dynasty, Johnson took over the dominant share of a franchise in flux back in 1993. The waters would get even murkier during the strike of 1994, but Johnson came out of the post-strike ashes like gangbusters. Under Johnson's watch, the Giants went from playing second banana to the Oakland A's in the Bay Area to building one of the most breathtaking stadiums in all of the Majors and maintaining/cultivating one of the most die-hard fan bases on the West Coast. There's also the matter of the team's three World Series championships this decade -- the first since the franchise's move from New York in 1958. The Ilitchs returned the Red Wings to the glory days of the 1930s-1960s, building a juggernaut thanks to a deftly assembled scouting staff and making the hire to end all hire when Scotty Bowman came on board before the 1993-94 season. Bowman led the Red Wings to three of the franchise's four Stanley Cups under the Ilitchs (Mike Babcock had the other), and was the catalyst for what is currently a 24-season streak of playoff appearances for the franchise. 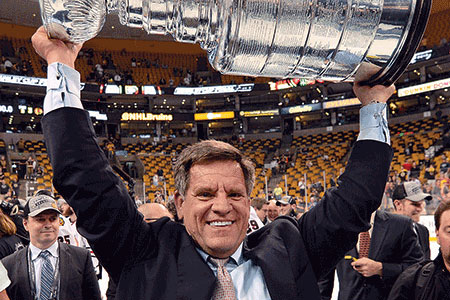 Wirtz took over the family business from his father in 2007 during one of the lowest ebbs of the franchise's history. Out of the playoffs for eight of the nine seasons preceding, the Blackhawks found new life under Rocky who cast aside his dad's penchant for frugality and started "spending money to make money." It sure worked, as the Blackhawks have emerged as hockey's resident dynasty with three Stanley Cup championships in six seasons and one of the most envied young talent cores in all of US professional sports. 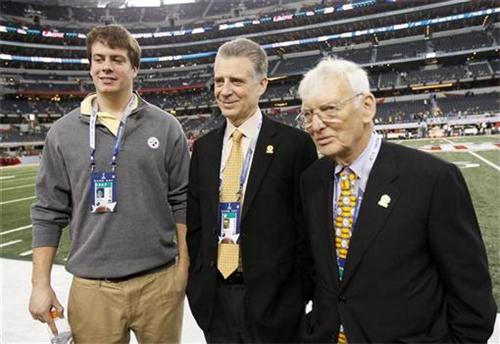 The Rooneys' family business has become a global empire over the past 83 years. No team has won more Super Bowls than the Steelers (six), nor has any other team posted back-to-back Super Bowl wins twice. Pittsburgh dominated under the Rooneys with four Super Bowl titles in the 1970s thanks in large part to the shrewd construction of the league's most feared defense, the Steel Curtain. The franchise maintained in relevancy in the years after, before diving headfirst into yet another golden era in the latter half of the 2000s with wins in Super Bowls XL and XLIII. The Spurs are arguably the greatest (and most enduring) modern dynasty in professional sports, winning five titles over the span of 16 seasons (1999, 2003, 2005, 2007, 2014). Holt has been able to both retain one of the greatest head coaches of all-time since buying the team (Gregg Popovich) and keep the team's Big 3 nucleus of Tim Duncan, Tony Parker and Manu Ginobili together and financially compensated in a fair manner.

Lacob and Guber have built the Warriors into a NBA powerhouse within the span of just over half a decade. Under their watch, Golden State has over tripled in value, won its first title in four decades and has finalized plans for a state-of-the-art arena in San Francisco. Overseeing a nuanced draft strategy while deftly working the free agent market (see: Andre Iguodala), no active ownership group has completely changed the image of a franchise in so short of a time.