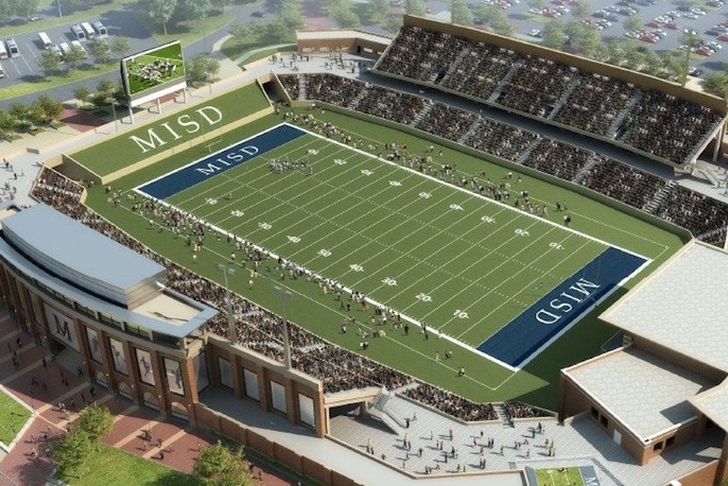 How much does Texas love football? Enough to fund a high school football stadium that is expected to cost a whopping $62.8 million.

On Monday, McKinney voters passed a project to publicly finance the 7,000-seat stadium, which will be shared between three of the city's high schools. The stadium will go down as the most expensive in the history of high school sports, surpassing Eagle Stadium ($60 million) in Allen, Texas and the planned stadium ($62.5 million) in Katy, Texas.

The stadium will also be used for other events, including soccer matches, band competitions and state playoff games in football.

To help put the price tag of this stadium in perspective, the Division I University of Alabama Blazers -- who are relaunching their football program in 2017 -- had a $75 million, 30,000-seat stadium proposal rejected in 2011. Two other FBS schools, Central Florida and Akron, had stadiums built in the past decade with $51 million and $61 million, respectively.