3 Reasons Why You Should Not Bet On Nyquist, The Kentucky Derby Favorite 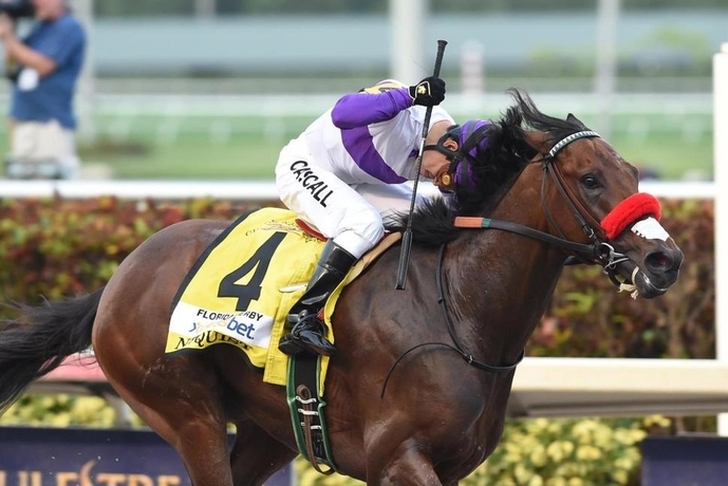 The 142nd running of the Kentucky Derby is set to take place on Saturday, with someone hoping to repeat American Pharoah's feat of winning the Triple Crown. If that will be accomplished again, many think it will be Nyquist, who is the Kentucky Derby favorite. However, that will not be the case. Here are three reasons why you shouldn't bet on Nyquist to win the Derby:

3) Bloodlines
Six of the last seven winners of the Kentucky Derby have been direct descendants of Raise a Native or Bold Ruler. Nyquist is a descendant of Nasrullah, who has produced just two Derby winners - Winning Colors in 1998 and Foward Pass in 1968. Not great odds.

2) Not enough stamina
The big knock on Nyquist is his lack of stamina, something that has a great chance of hurting him at 10 furlongs. He has proven to be capable racing at nine furlongs, but none of his descendants were particularly effective when racing at longer distances. So, even though he hasn't really been tested, it doesn't look like he has it in him.

1) Lack of breakaway speed
Now, to the big problem. Every Kentucky Derby winner since 1998 has posted their fastest Beyer speed at 8.5 furlongs or longer. Nyquist's best (101) came during a seven-furlong race. His fastest makr at a 8.5 furlong race was 9.4.

Simply put, there's too much working against Nyquist to think he'll win the Derby, as expected. Impress your friends and earn some money.