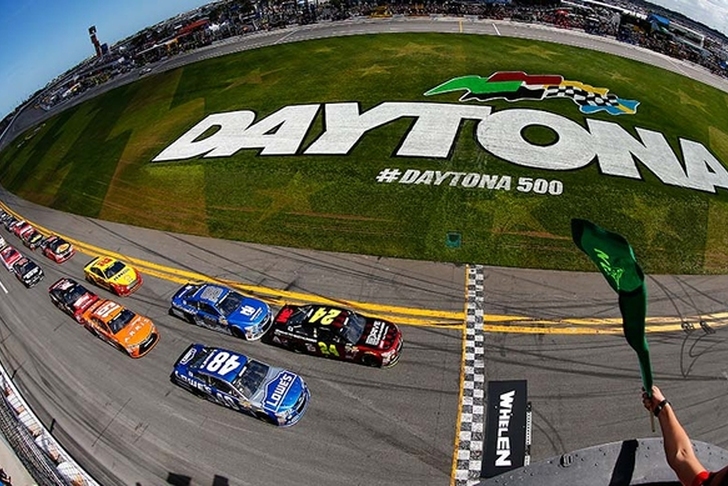 The 58th running of the Daytona 500 takes place on Sunday, marking the official beginning of the 2016 NASCAR season. We're here to get you prepped for NASCAR's most stories race with a few breakdown and preview.

Start Your Engine & Green Flag
Actor Gerard Butler will kick off the 2016 NASCAR season by requesting that drivers "start their engines" at 1:19pm ET. New Major League Baseball Hall of Famer Ken Griffey Jr. will get the race officially started by waving the green flag at 1:31pm ET.

TV/Radio Schedule
FOX will broadcast the race, starting with a pre-race show at 12:00pm EST.

Online Streaming
You can catch the entire race on the FOX Sports Go web and mobile apps.

2015 NASCAR Champ Starts Again
Kyle Busch missed the first 11 races of the 2015 season after suffering a compound leg fracture and a midfoot fracture in a NASCAR XFINITY Series race at Daytona. However, his fortunes reversed in remarkable fashion -- leading to him winning the first ever NASCAR Sprint Cup Series Championship.

He'll look to get off to a fast start in 2016, starting fourth on the grid.

This Year's Major Storyline
Rookie Chase Elliott is going to have outsized expectations placed on him on Sunday. Taking over the #24 from the retired Jeff Gordon, Elliott's car will be sporting the legendary # in pole position out of the gate. If he can somehow pull off a wire-to-wire win, it'd be one of those "where were you?" moments in NASCAR history.