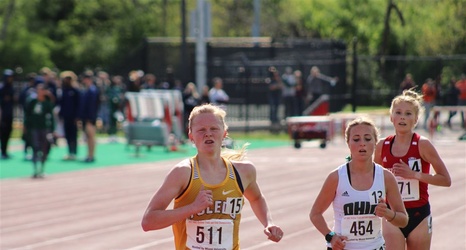 UT’s Petronela Simiuc took 20th in the semifinal race of the women’s 1,500 meter, missing qualification for the finals by nearly 2 seconds.