Toledo Taken Down by Belmont, 8-7 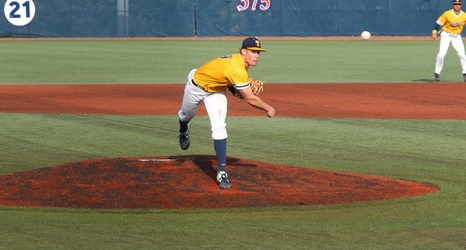 The Rockets jumped out to an early 6-0 lead, scoring four in the top of the second and two in the top of the third. But the Bruins chipped away at Toledo's lead in the middle innings, eventually tying the game at 7-7 in the bottom of the seventh. With one out in the bottom of the ninth, Belmont's Tommy Crider singled up the middle to drive in the winning run, handing Toledo its fifth walk-off loss of the season.

Junior Chris Meyers started on the mound for the Rockets and was spectacular, throwing two perfect innings and striking out five.