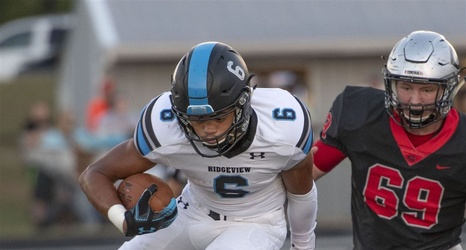 With the season less than a week away, the Toledo football team pulled off a major recruiting victory Thursday.

Trenton Adkins, a three-star athlete from Virginia with offers from nine Power Five schools, announced his commitment to the Rockets. A month ago, he listed his top five schools as Toledo, Penn State, West Virginia, Tennessee, and Virginia Tech.

"It may have not been the first place I was gonna go to," Adkins told 247Sports, "but corona changed a few things, and Toledo was there with open arms and very welcoming, and I’m more than happy to be a Rocket.