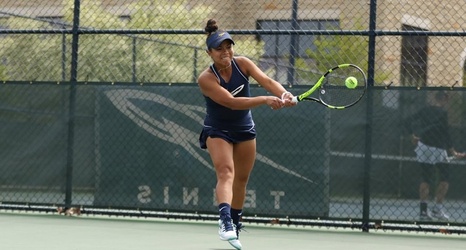 KALAMAZOO, Mich. – The University of Toledo women's tennis team extended its winning streak to eight matches on Friday with a come from behind 4-3 win over Western Michigan.

"This team is a group of fighters," head coach said. "To come back after being down 1-3 says so much about my team. They have so much confidence in each other and they fight so hard for their teammates."

Western Michigan started the match off by winning the doubles point to take a 1-0 lead. Freshman and sophomore were victorious on the No. 1 doubles court, but WMU won on courts No.