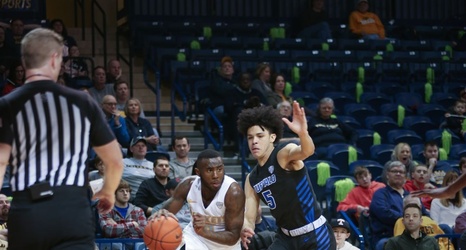 Right from the start, University of Toledo coach Tod Kowalczyk sensed that his team's effort was not there against Buffalo on Friday night at Savage Arena.

In the beginning of the game, which was filled with careless Toledo turnovers and a sluggishness that Kowalczyk hadn't seen from his team since a bad loss at Kansas City, an early Buffalo surge put Toledo on its heels as the Bulls raced to an 83-67 win.

It was the sixth loss in the last seven games for Toledo (12-14, 4-9 MAC) and the 12th in the last 16 games as the Rockets have gone on a slide that has included two separate five-game losing skids.