Rockets Look to Bounce Back at Ball State 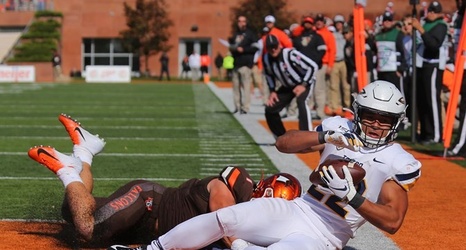 TOLEDO, Ohio - Toledo (4-2, 1-1 MAC) enters this Saturday's game at Ball State looking to get back on the winning track following last week's 20-7 loss at Bowling Green. The defeat snapped a four-game Rocket winning streak and left Toledo in the middle of the pack in the MAC West Division with a 1-1 league record.

Toledo fell behind early and could never get rolling against the Falcons. Bowling Green scored the first 10 points of the game and led at halftime, 17-7. Total yardage in the game was about even, with the Falcons outgaining the Rockets, 425-392, but BG made big plays on special teams, blocking a punt and a field-goal attempt.