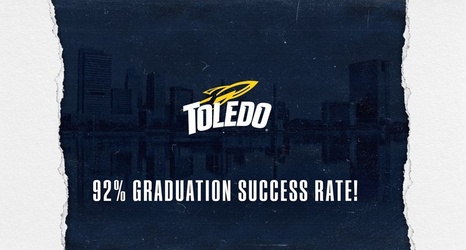 TOLEDO, Ohio - The University of Toledo received a Graduation Success Rate (GSR) of 92 percent for its athletic department, in the latest figures released by the NCAA. That figure ranks second among the 12 schools in the Mid-American Conference, just one percentage point behind Miami University's score of 93 percent.

"These latest GSR figures confirm something that we already knew: our student-athletes are graduating in very high numbers," said University of Toledo Vice President and Athletic Director Mike O'Brien.