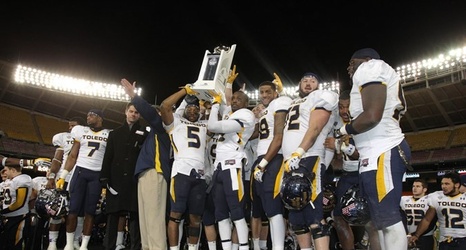 University of Toledo Associate Athletic Director for Communications Paul Helgren shares his 12 favorite Rocket Football victories since 1998, the year he began working with Toledo Football. No. 10 on the list is the Rockets' 42-41 win over Air Force in the 2011 Military Bowl.

A lot of crazy things happened to the Toledo Rockets during the 2011 season, so its wild victory over Air Force in the Military Bowl was a fitting climax.