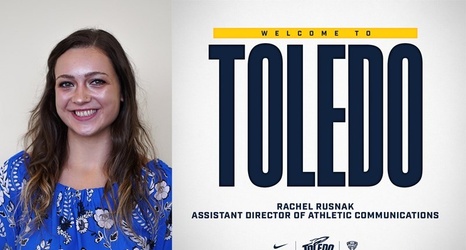 Prior to joining the Rockets' athletic communication staff, Rusnak served as assistant director of sports communications at Union College in Barboursville, Ky.

A native of Bolingbrook, Ill., Rusnak earned her bachelor's degree in journalism and telecommunications from Ball State University in 2019. At Ball State, she worked as a production assistant with the university's live sports production team that produced live-streamed Cardinal athletic events for ESPN.