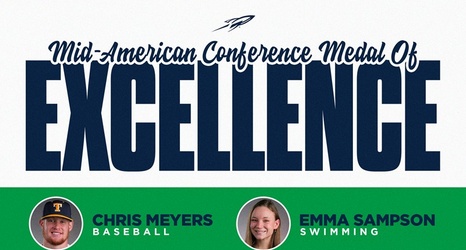 The MAC Medal of Excellence is presented annually to one male and one female student-athlete from the graduating class of each of the 12 Conference member institutions. Per the MAC, the individuals selected for the Medal of Excellence have distinguished themselves academically, athletically, and through demonstrated service and leadership.

Meyers graduated this spring with a bachelor's degree in finance with a minor in marketing carrying a cumulative grade point average of 3.