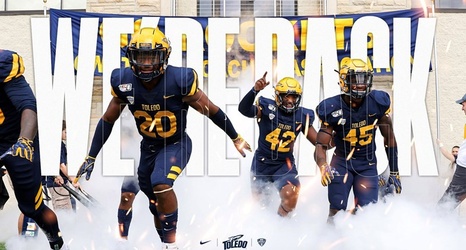 TOLEDO, Ohio – The Mid-American Conference announced on Friday that its 2020 football season will begin on Wednesday, Nov. 4. The league's 12 schools will play a six-game schedule of league games that will culminate with the MAC Championship Game at Ford Field in Detroit on Friday, Dec. 18 or Saturday, Dec. 19.

The announcement followed a meeting of the MAC's 12 presidents and Commissioner Dr. Jon Steinbrecher. A complete 2020 MAC Football schedule and other details with respect to the season will be announced at a later date, according to Steinbrecher.

"I am pleased to inform our student-athletes, coaches, and fans, that the Mid-American Conference will resume the fall football season," said Steinbrecher.