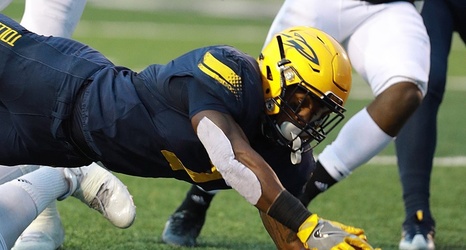 TOLEDO, Ohio – Sophomores Quinesha Lockett, Mali Morgan-Elliott and Sophia Wiard have been named captains for the Rockets' 2020-21 season, Head Coach Tricia Cullop announced on Monday. The trio was selected based on votes by their teammates and staff.

"We are excited to announce our three captains for the upcoming season," said Cullop, the winningest coach in school history. "Quinesha, Mali and Sophia all played significant roles for us last year. They have done a terrific job in the preseason leading both vocally and by example and earned this opportunity.