Jeff Massey Honored as One of Most Impactful Mid-Major Assistants 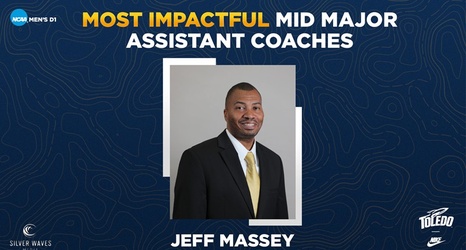 Massey will be entering his ninth season in the 2022-23 campaign. Last year, he helped the Rockets post 26-8 win-loss mark and become the first team in program history to win back-to-back outright MAC championships.

Toledo also set a school record for conference wins (17) last year and posted its fourth 20-win season in the last five years. During this stretch, the Rockets have amassed 112 victories and posted a 66-27 (.