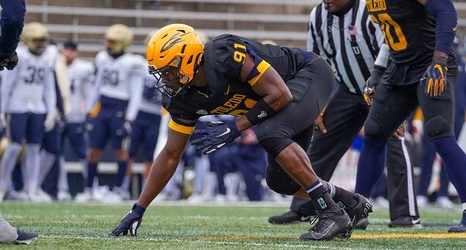 The junior outside linebacker was a disruptive force once again for the Rockets, tallying a team-high seven tackles, a career-best 2.5 sacks, and a QB hurry in Toledo's 49-14 win against Akron last Saturday. Hines has been on a tear lately, registering seven sacks in his last four games. He ranks second in the MAC with 10 sacks this season.

This is the second MAC West Defensive Player of the Week award for Hines this season.