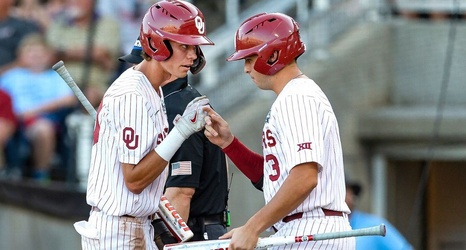 OMAHA, Neb. -- If the combatants in the 2022 Men's College World Series championship finals (Game 1, ESPN/ESPN app, 7 p.m. ET) weren't in Omaha and were instead watching on TV from home -- and, oh by the way, most believed that's what they'd be doing right now -- then it's not a long walk to figure out who the Oklahoma Sooners would have rooted for, or who the Ole Miss Rebels would have gotten behind.

It would have been the Ole Miss Rebels and the Oklahoma Sooners. Why? Because people are always drawn to those who remind them of themselves.