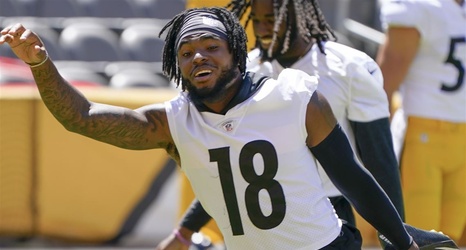 PITTSBURGH — The Pittsburgh Steelers organization has a rich history of talent at the wide receiver position. From Hall of Fame legends of Lynn Swann and John Stallworth, to recent-day stars like Hines Ward, the organization has had a knack for scouting, drafting, developing, and deploying players to fuel a historic passing attack that has aided in winning six Super Bowl championships spanning more than five decades.

Findlay alumnus and Steelers quarterback Ben Roethlisberger has won two of those championships, and the likely Hall of Famer has had a litany of stars to throw to across his 16-year-and-counting career.