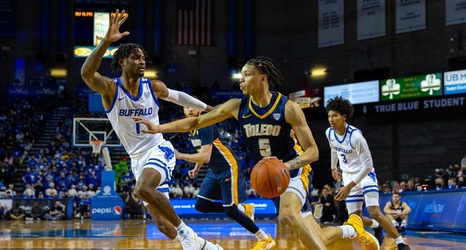 When Ryan Rollins declared for the NBA draft in April it was thought to be a testing of the waters situation.

The Toledo sophomore was expected to go through the pre-draft process and then return to UT for his third season — and then proceed to the NBA.

Plans changed after Rollins became a trendy under-the-radar pick who kept rising in mock drafts. A solid showing at the combine solidified his status as an early entrant.

“I’m a versatile playmaker who can do it on both ends,” Rollins said after the combine. “I can create for myself and I think I just play basketball the right way.