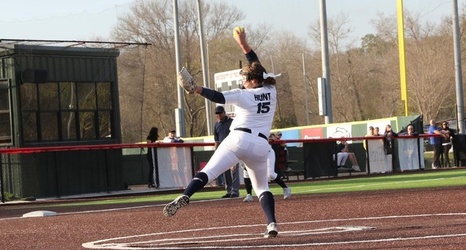 CLEVELAND, Ohio – Junior Erin Hunt was named Mid-American Conference Pitcher of the Week following her performance at the H.E.B. Classic this past weekend. Hunt went 2-0 at the tournament, earning wins over Creighton and Incarnate Word.

In her first appearance of the season, Hunt tied her program-record for strikeouts in a single game, striking out 14 batters against Creighton. Hunt threw a nearly perfect game until the sixth inning when a Blue Jays player reached first on an error. Hunt continued her success in the circle later that day, completing the save against Texas Southern with three strikeouts.