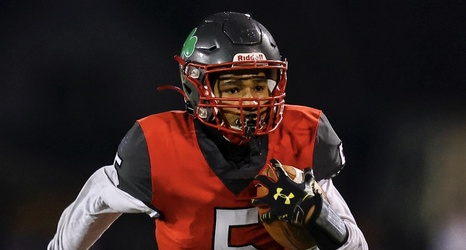 Greg Dempsey saw something in Braden Awls when the Central Catholic safety was a sophomore.

Larry McDaniel noticed Awls on film. There was something different about the 6-foot defensive back.

“You can always tell Division I guys,” said McDaniel, the head coach at St. John’s Jesuit. “They just move differently. They play at a different level. They break on the ball faster. The intuition that they have is visible on film. It’s tough to describe. You just know it when you see it. He’s one of those guys when you see him on tape where you say, ‘OK, he’s as good as they say he is.