At a turning point, Toledo focuses on a response to BG loss 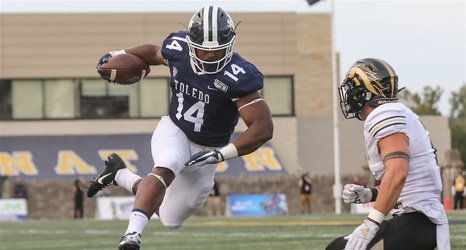 University of Toledo senior tight end Reggie Gilliam feels some similarities right now to where his team was after a loss at Ohio two years ago.

After a listless setback at rival Bowling Green on Saturday, Gilliam draws some familiarity and some positivity in making the comparison to the 2017 season in which Toledo ultimately went on to win the Mid-American Conference championship.

“What I compare this to is two years ago at OU,” Gilliam said. “We were coming in really high and expected to win the game, and we obviously went out there and really laid an egg and did not play the way we wanted to at all.