What to expect out of Tyler Shough 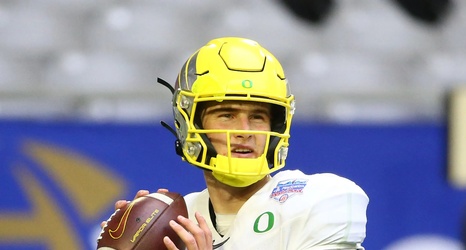 Tyler Shough has a lot of expectations coming into the 2021 season, but can he live up to them?

Shough coming out of high school was a 4 star recruit and the #1 QB recruit in the state of Arizona. After sitting behind future NFL Draft pick Justin Herbert, Shough became the starter at Oregon in 2020. He had an up and down season at Oregon, including getting benched in the Fiesta Bowl. Following the season, Shough transferred to Texas Tech. This brings a lot of questions for the season, and a hell of a quarterback room.