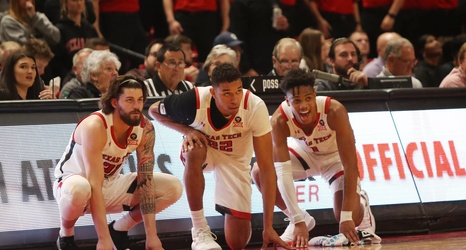 The internet is the home of many opinions; some of which are right and some of which are very, very wrong. That being said, nothing is ever as black and white in my eyes and the correct answer usually lies somewhere in between.

Earlier this week, one of our contributors wrote about Chris Beard possibly not exploring the grad transfer market following this season due to the inconsistent play of both TJ Holyfield and Chris Clarke. I’m here to respectfully disagree with this take.

A big issue with this article, and it seems that a number of others on Twitter and Facebook thought similarly, was that it took too much liberty comparing Holyfield and Clarke to Matt Mooney and Tariq Owens.