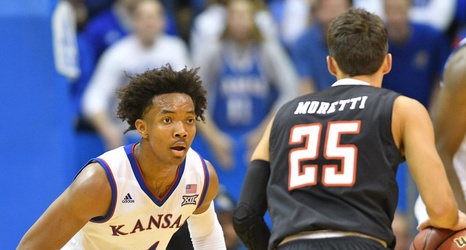 After the domination of Abilene Christian, Texas Tech began preparing for the Baylor Bears to come to town. Baylor began to look like a competitor in the conference and were voted to finish 5th during the preseason coaches poll. The Bears had two quality wins against Wisconsin and Creighton, but also suffered two losses from No. 21 Xaiver and No. 6 Wichita State. They came into Lubbock on a 5 game win streak led by repetitive dominant performances from their three talented seniors. Coming into the game, G Manu Lecomte was the second leading scorer in Big 12 and the best three-point shooter in the conference.