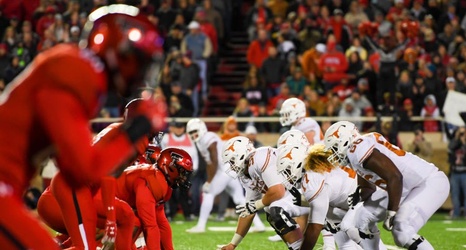 LUBBOCK, TX - NOVEMBER 10: General view of the line of scrimmage during the game between the Texas Tech Red Raiders and the Texas Longhorns on November 10, 2018 at Jones AT&T Stadium in Lubbock, Texas. Texas defeated Texas Tech 41-34. (Photo by John Weast/Getty Images)

It is being reported that the Texas Tech football program will open Big 12 play against the Texas Longhorns on September 26.

Now that we know the Big 12 conference intends to proceed with the 2020 season, our attention turns to the updated schedule release, which is expected sometime on Tuesday.