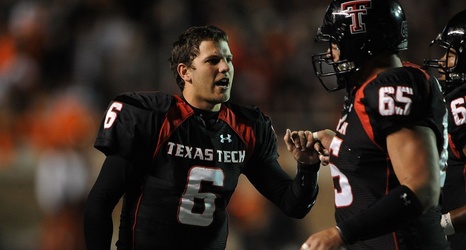 Though in the last decade, the spread offense revolution has become so common that the Texas Tech football program no longer has a schematic edge on the field, programs around the nation still seem to crave coaches that were reared in Mike Leach’s system. The latest offensive genius du jour in college football is Graham Harrell, the current USC offensive coordinator and Texas Tech’s all-time leader in passing yards and passing touchdowns.

Joining the likes of former Red Raider players like Kliff Kingsbury, Sonny Cumbie, and Eric Morris as well as former Tech assistant coaches like Dana Holgorsen, Art Briles, Seth Littrell, and others who cut their teeth in Lubbock in the 2000s, Harrell has become a rising star in the assistant coaching ranks.