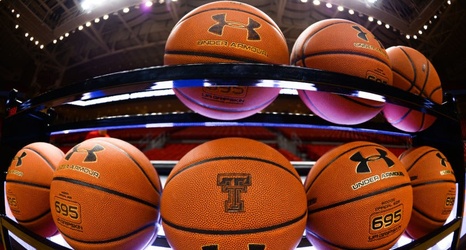 LUBBOCK, TX - JANUARY 02: General view of a rack of Under Armour basketballs taken before the game between the Texas Tech Red Raiders and the Texas Longhorns on January 02, 2016 at United Supermarkets Arena in Lubbock, Texas. Texas Tech won the game 82-74. (Photo by John Weast/Getty Images)

As the Texas Tech basketball program continues to try to fill out its roster, another potential target has emerged. Davion Warren, a 6-foot-6 transfer from Hampton University, recently Tweeted an image of himself in a Texas Tech uniform and asked Red Raider fans what they thought.

Now, as of the publication of this post, there were no indications on social media or otherwise that Warren has been extended an official scholarship offer from Tech.