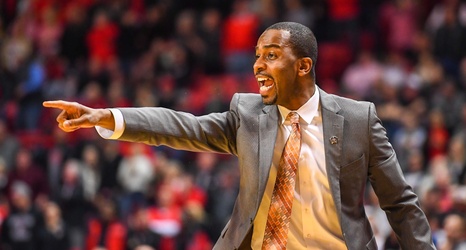 It appears that all the talk of the Texas Tech basketball team playing its best basketball of the season can now be put to rest for a few days. That’s because, in Saturday’s 73-70 loss to Oklahoma State in Stillwater, the Red Raiders took some steps backward in areas where significant progress had been apparent in recent weeks.

“I’ll be real clear,” head coach Chris Beard said. “I think the better basketball team won the 40-minute game today. They guarded better than us, the rebounded better than us and they made better plays when the game was on the line.