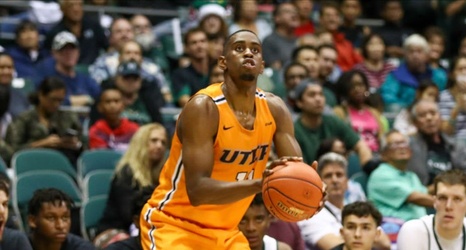 HONOLULU, HI - DECEMBER 22: Bryson Williams #11 of the UTEP Miners lines up a shot during the first half of the game against the Hawaii Rainbow Warriors at the Stan Sheriff Center on December 22, 2019 in Honolulu, Hawaii. (Photo by Darryl Oumi/Getty Images)

Now that the recruiting dead period that stretched back to last March is finally over, Lubbock and the Texas Tech basketball program can start putting their collective best foot forward by hosting potential recruits and transfers in person. And on Tuesday, multiple outlets reported on social media that UTEP forward Bryson Williams was in the 806 to get a look at what Mark Adams and his program have to offer.