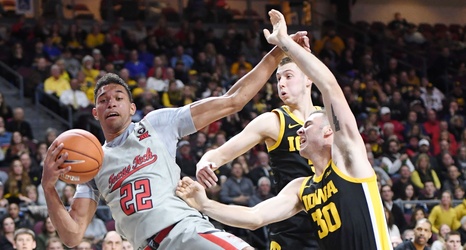 You could make an argument that no player on this year’s Texas Tech basketball team is more critical than grad transfer T.J. Holyfield. You could also argue that no player has been worse in the last five games. Now, Chris Beard and his coaching staff face a conundrum. Should a player that has been giving the Red Raiders nothing in the last five games continue to receive critical minutes, much less start despite the fact that he’s the only viable big man on the roster?

When this team was put together, we knew that there would be two issues that Tech had to overcome; a lack of experience and a lack of size.