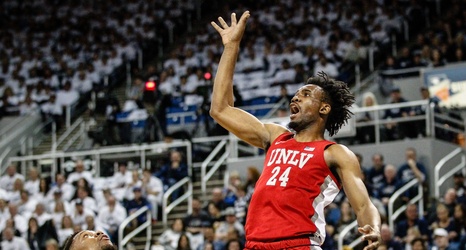 In Tuesday night’s 65-54 loss to TCU, the Texas Tech basketball team was once again dominated on the glass (as well as in a number of other areas). That’s why Wednesday’s news that forward Joel Ntambwe has been denied eligibility by the NCAA for the second time in the last three months was especially difficult to swallow for Red Raider fans.

On his weekly radio show, Texas Tech Athletic Director Kirby Hocutt confirmed that the sophomore transfer from UNLV has had his reconsideration waiver denied meaning that he remains sidelined during a time when his team is in desperate need of more size and scoring in the post.