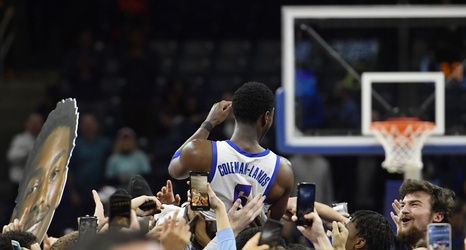 The past week has been a harsh lesson for Texas Tech basketball fans as we’ve learned how challenging it is to enter the season as the hunted rather than the hunter. After last year’s run to the National Title Game, the Red Raiders are now a marquee opponent for virtually every team on the schedule and that was evident Wednesday night in Chicago when the DePaul fans rushed the court after their 9-0 team beat a 5-3 team.

It’s a bit of a compliment to be a team that is worth court-storming but it is also a reality check.