POLL: Do you actually want to go to a game with 25 percent capacity? 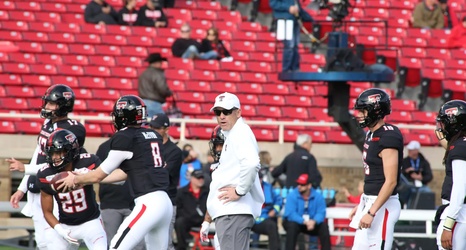 Earlier this week, Texas Tech athletic director Kirby Hocutt announced a plan to allow 25 percent capacity at home games this year, leaving many fans to wonder what it’d be like to watch their Red Raiders in a mostly empty stadium.

I imagine the atmosphere will be somewhat similar to that of a spring game—quiet lulls with the occasional tennis-match applause after a nice play. Spring games are a generally relaxing affair and understandably so, with so little at stake. But when Texas comes to town Sept. 26, what will the energy level be like? Do we need to bring out the vuvuzelas from the 2010 South Africa World Cup to turn up the intensity on third downs?