Texas Tech uses second half to pull away from Texas State 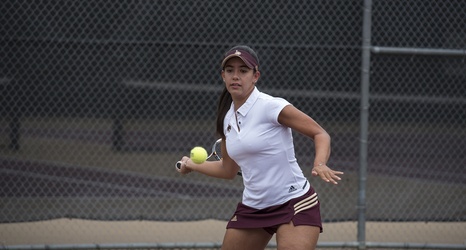 LUBBOCK, Texas — After entering halftime trailing Texas Tech by only five points, Texas State was on the wrong end of a 21-point second-half scoring differential as the host Red Raiders clamped down on the Bobcat offense to take the win.

Texas State, which was looking for back-to-back wins over Texas Tech for the first time in series history, battled back for a 20-13 first-quarter deficit to outscore the Red Raiders (4-0) by two during the second 10-minute stanza of the evening.

It was, however, the halftime adjustments that provided to be the difference as the Texas Tech defense held Texas State to only nine points in the third quarter and 15 in the fourth.