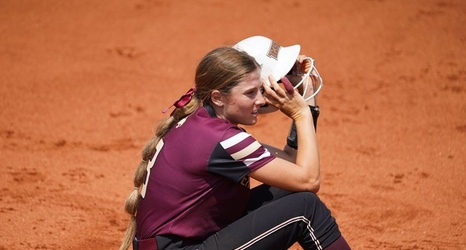 MOBILE, Ala. — Needing two wins on the day to win its first Sun Belt Conference championship since the 2018 season, the Texas State softball program came up one short as the third-seeded Bobcats fell to top seed Louisiana, 7-1, in the league's championship game.

"Hats off to Louisiana. Congratulations on a great season," said Texas State softball head coach Ricci Woodard. "They definitely outplayed us in today's ballgame, and it'll be fun to watch them, because they're a great team, represent the Sun Belt over the next couple of weeks, I hope.