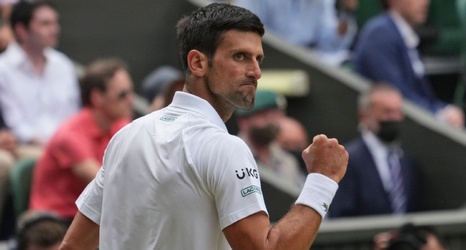 The win is Djokovic's 20th Grand Slam championship, tying him with Roger Federer and Rafael Nadal for the most in men's tennis.

With wins at the Australian Open and French Open earlier this year, Djokovic is now three-quarters of the way to the first single-year Grand Slam sweep since Rod Laver in 1969.