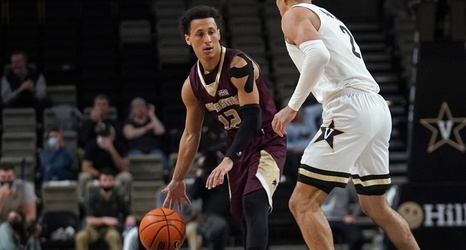 NASHVILLE, Tenn.- The Texas State men's basketball team could not hold off a late Vanderbilt rally as the Bobcats suffered a 79-60 loss against the Commodores on Sunday night at Memorial Gymnasium.

"I thought it was a hard-fought game," said Texas State head coach T.J. Johnson. "Our guys came to fight. I thought we let some opportunities slip away, but I thought there were times we found some stuff that we can develop and grow on."

HOW IT HAPPENED
The two teams were tied four times and exchanged leads five times during the first 32 minutes of the contest.