Evan White To Compete at Bryan Regional for NCAA Championship 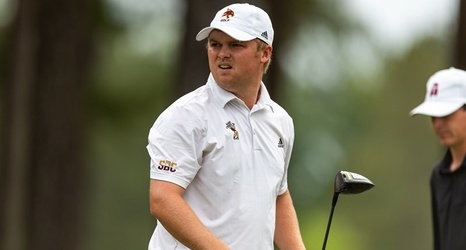 During the selection show today on the Golf Channel, it was announced that White will compete at the regional site hosted by Texas A&M and is the eighth seed among 10 individuals.

The men's regionals will take place May 16-18. Florida Atlantic, Ohio State, Oklahoma, Pacific, Texas A&M, and Yale will be playing hosts for the six regional sites.