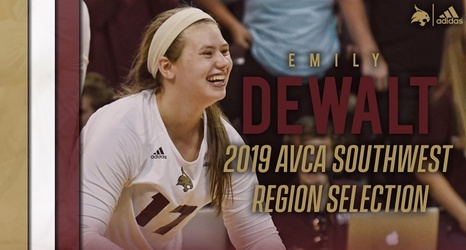 The Helotes, Texas native was named the Sun Belt Conference Setter of the Year for the second consecutive year after turning 1,196 total assists and 10.22 assists per set in 2019. DeWalt also averaged 0.32 aces per set (38 total aces) to go along with 2.28 digs per set, 77 kills, and 51 blocks (three solos).